Please note: For a table of 10 or more, we MAY require a little deposit to confirm the booking.
This amount will be deducted from your total bill on the event day. This amount is not refundable,
unless you give us a notice of at least 48 hours of any cancellation.

Instead, red meat dominated the British eating habits, which was supplemented by homegrown vegetables like cabbage and potatoes.

A handful of Indian sailors deserted ships or were abandoned in major ports such as Cardiff and London around the turn of the century. These seafarers from Sylhet, now a Bangladeshi area, founded cafés primarily to serve other Asians.

They also purchased bombed-out chippies and cafés in the 1940s, offering curry and rice alongside fish, pies, and chips. They stayed open very late to get an after the trade in order to earn money.

As a result, the post-pub curry became a thing.

Following the war in their nation, Bangladeshis flocked to London’s run-down East End in the year 1971. Many went into the catering business, and they now control the curry industry.

They own 65-75 percent of the country’s Indian restaurants. Without their contributions and hard labour, the British curry business would not exist today.

Small curry establishments have been shutting at a quick rate in locations like Brick Lane, owing to immigration regulations and visa limitations for workers from the Asian continent, rising rent, and restaurant owners’ unwillingness to adapt. Putting Bangladeshi cuisine on menus and diverting guests away from their curry house favourites was just not an option for a long time. Younger Bangladeshis, on the other hand, are eager to recover the cuisine of their forefathers. In late 2019, Stitches on Time, a social company operated by Bangladeshi women, opened its first women-led pop-up restaurant in Brick Lane to share the taste of traditional home cuisine, which isn’t available in Bangladeshi-owned curry restaurants.

After a night out at the bar, eating a spicy curry has become a habit. As consumers’ tastes for curry grew, these restaurants abandoned British fare in favour of low-cost Indian takeout and cafes. 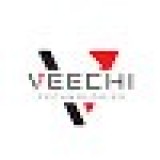